2 Nights in an Indian Hospital

Let me first say that NO, I did not get sick out here in India, but one of the short term volunteers got ill on the plane ride over and has not been feeling well ever since.  I don't want you all to be scared to come to India so wanted to make sure you know she was sick before she even came here.  Last week since she had been pretty sick for 4 days straight, we decided it was best to take her to the hospital.  She was pretty nervous about going to the hospital in a foreign country, and even more so since she is a nursing student and knows some things run differently in other countries.  She was a total TROOPER though!  We bonded since we were stuck in the same room together for nearly 3 days, and despite the fact that she felt like crap most of the time, we had some fun, or at least I did. 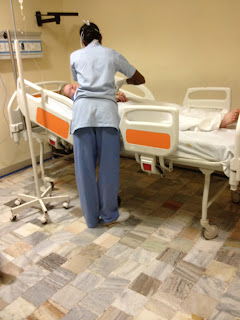 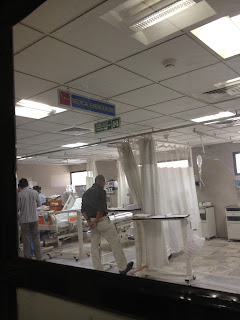 This sign was in the ER. Anyone that used to work with me at Sodexo will get a kick out of this.  Don't forget your PPE's!!!  It's followed me all the way to India!!﻿ 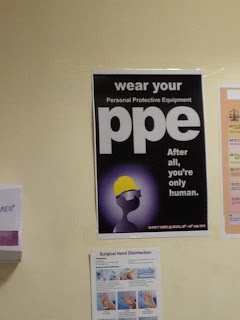 Communication with the hospital was a bit of a struggle because of language barriers, but we were able to get through it with some translating from the Rising Star Indian staffs help.  The doctor thought it would be best to admit her, so they put us on an International level of the hospital.  The room was really not bad!  Actually, we kept saying how it would be ridiculously expensive in America for the room we got here.

﻿
View from our room 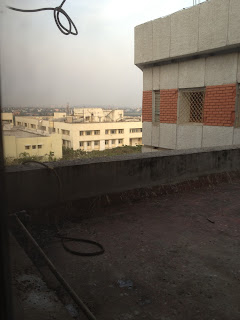 We had a TV that played "Arab TV", but were able to find one station that played older 80's and 90's American movies.  This literally SAVED US from being bored to death.  We watched, "Independence Day", "The Last Mimzy", "Notting Hill", "Blue Crush", and "Honey I Shrunk the Kids".  Not a bad selection Eh?! 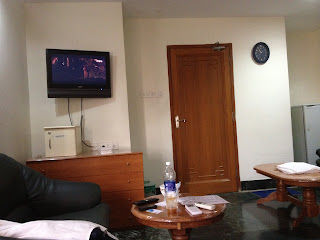 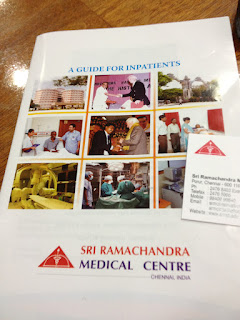 I even got a nice little bed to sleep on ﻿ 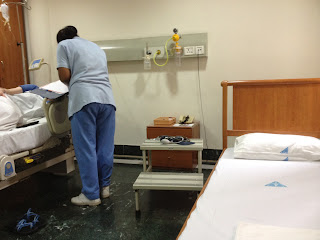 And room service, offering such delicacies at "Chineese food" and "Egg Omblet" 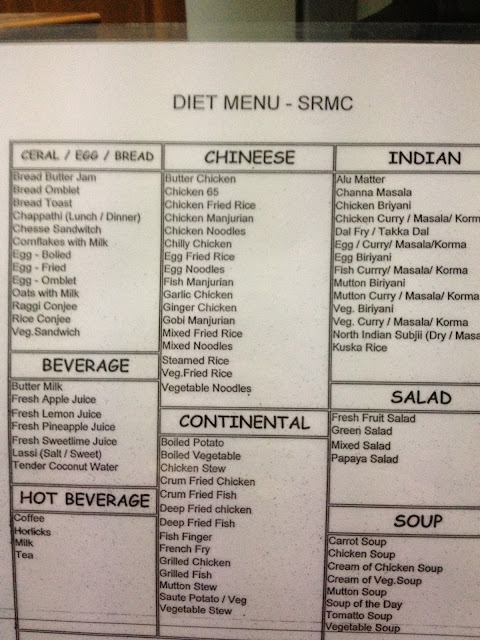 I was happy the food was pretty good. Indian Chapati with curry to dip it in.  Yummy!﻿ 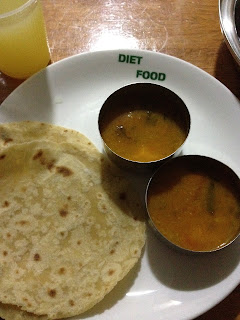 I tried their version of Chinese food a few times, not great but not bad either.  Their Indian food was better though. ﻿ 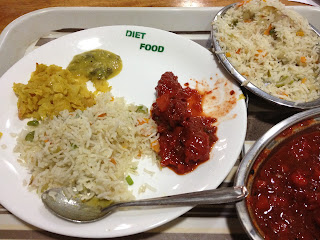 Being at the hospital, helping be there for one of our volunteers was not at all how I pictured my first week back in India, but everything that is thrown at us builds us as people.  Maybe having the challenge of taking someone to the hospital within the first week prepared me in case there is another emergency like that in the future.  But lets hope not!!